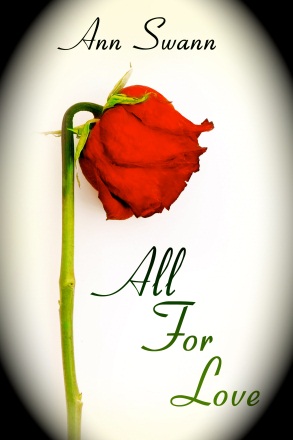 Liz falls in love with Quinn the moment they meet in college.  He professes to love her, too.  She begins to think about the future, but his past rips them apart.  What Liz does next impacts the rest of their lives, but she feels it is the only way… she does it all for love.

We were drinking iced tea at our favorite sidewalk café when the plastic plant exploded.

One moment Ronnie was checking my left hand to see if my wedding ring was still there, and the next thing I knew she was crawling across the blistered sidewalk in slow motion, reaching out for me.

Ronnie and I have been friends since college. She and Carol were my dorm mates. The best friends I’ve ever had. But college was a long time ago.

“How long do you think…

I’m pleased to have Connie Kline, editor at 5Prince Publishing, with me today.  Thanks, Connie, for taking the time to do this interview.

Have you always wanted to be an editor?

No, actually I really just wanted to be a mom. I enjoyed spending time with my kids at the school and volunteering as much as I could.

How long have you been an editor?

An actual Editor, I would have to say for 2 years now. I was doing Beta Reading for years before that.

Tell us a little about working for 5Prince Publishing.

I love 5PP, it is a small publishing company that I was able to get into in the very beginning. Very family oriented, and everyone that belong to 5PP editors, authors, designers we are all family now.

What are your special genres of interest?

I like them all-so that is a hard choice to make.

Congrates!!
Shades of Spring: A Letter to my Daughter is out July 19th from 5 Prince Publishing!

Hey my name is Marita and a newly published author. I love Romance and Fantasy books and write under two pen names M.O. Kenyan for Romance and M.O.Knight for Fantasy.

Meet the two authors under the pen name ‘Pat Lawrence’. They not only collaborate in writing but also in marriage! I bet the first thought in your head is Yikes! But find out how they make both relationships work.

Author ‘Pat Lawrence’ is actually husband and wife writing team of ‘Pat’ Adsit Burke and husband Daniel ‘Lawrence’ Burke – ergo: Pat Lawrence, pseudonym. They began their writing partnership in 2007 penning Murder Mysteries for their entertainment enterprise, “Murder By Design.” Next, they graduated to a two-act comedy stage play, “Squirrels In The Attic,” which is regularly performed in select Midwestern venues. They began their novel writing career in 2011. An Illegal President: A Novel follows on the heels of the suspense thriller Jarred Into Being, published by these co-authors last year. Pat and Daniel reside in Wisconsin where they dutifully serve as the staff to their two handsome English bulldogs, Diesel and Emmett. They describe the experience as Dogton Abbey, a canine version of Downton Abbey.

People often ask us, “How do you do that? How do you collaborate?”

Do you each write a draft and then combine them?
Do you write alternating chapters?
Does one of you write the descriptions and the other write the dialogue?
Do you sit and write every word together?

The answers to these questions are: Not really, No, No, and Definitely Not.

Collaborative writing is like riding a tandem bicycle: one author steers, but both authors provide the energy to move, watch to avoid the hazards, agree on which direction to turn, and settle on the final destination.

Our novel collaborations begin with agreement on a single idea that serves as the overarching theme of the entire work. That theme forJarred Into Being was that each individual life isprofoundly influenced by the lives which intersect and surround it. Next, we agree on the major plot elements that need to occur to craft an interesting story that will illustrate that theme. In Jarred, a young girl’s loss of her parentsplaces her in great peril because the characters now intersecting and surrounding her life want to possess her rather than protect her. The conflict in the novel arises out of the fact that our main character, Eva, is unwavering in her determination not to be possessed, and she continually battles for independence and freedom from the powerful and corrupt forces who would dominate her.

After that, draft one begins in earnest. We create the incidents and the characters which dramatize the main character’s plight. One of us (the partner who steers the bike to continue the analogy above) writes sections—maybe a chapter, maybe several—and submits those to the other partner. That partner reads, edits, searches for flaws, plot failures, and adds suggestions for additions or deletions and returns the sectionsto the other partner who incorporates the suggestions into the ongoing manuscript.That process continues section by section until we reach what we agree is a satisfying conclusion to the book.

For draft two, we separately read and revise the entire work from beginning to end, and then we each submit our suggested revisions to the other for consideration. Finally, in draft three, we collaborate and discuss all the suggested revisions we have both made and ultimately agree on what emerges as our final version.

This collaboration process works well for us. We enjoy it, and we agree on the most important aspect of writing: always make it interesting. In fact, throughout the entire process we constantly challenge ourselves and each other by asking: “Is that last sentence, paragraph, chapter compelling enough to capture and hold the reader’s interest?” The answer MUST BE “yes.” If the answer is “maybe” we immediately employ our ironclad rule: rewrite.

Ultimately, we both havelearned that the two most important words in a husband-wife collaborative writing team are—“Yes, dear.” Happy reading.

For more info, check out their blog http://www.patlawrence.net/

And now on to the interview…

Hang on to your hats folks, because this blog post is sure to be one roller coaster ride full of fun! You see, McSwain & Beck of the YA action-mystery, Gone at Zero Hundred 00:00, have decided to take a few moments away from their busy days of detecting, sleuthing, spying, or just plain being nosey, to have a chat with 13-year-old, Jessica T. Wyrd, the action, fantasy hero of the YA novel LIGHTMASTERS:  Number 13, created by author M.G. Wells.

McSwain: Hey Jessica, thanks for stopping by and giving Cody and I a crack at interviewing you first, before the paparazzi get wind of your notoriety regarding your exploits in Lightmasters: Number 13. It’s great to meet you.

Morgen 'with an E' Bailey

Welcome to the four hundred and second of my blog interviews with novelists, poets, short story authors, biographers, agents, publishers and more. Today’s is with Hersilia Press publisher Ilaria Meliconi. A list of interviewees (blogged and scheduled) can be found here. If you like what you read, please do go and investigate further.

Morgen: Hello, Ilaria. Can you please briefly explain the structure of your publishing house… perhaps who’s involved along the process of an acceptance to the book / story being published.

Ilaria: I publish Italian crime fiction including translations of books by Italian authors and English books set in Italy. I’m the publisher and owner, so I am the person who looks for new books to publish and makes the final decision on whether to make an offer for the rights acquisition. For translations, when I find a suitable book I send a copy to readers…