Hello everyone! *waving* I’m happy to be here on Christina’s blog to “tell all.”

My writing career so far as been more rewarding than I ever expected, and in November I’ll be celebrating five years as a published author. My journey started when Amira Press published my first novel, The Arrangement, an interracial romance about an African-American woman and a Brazilian man. Since then, I’ve received the rights back to the book and self-published it, but it was the first story in my Hot Latin Men series.

To date I have 18 published novels and short stories in the interracial romance and African-American romance subgenre, with four more slated for release this fall. Next year I intend to release at least three more novels.

For now, I write only contemporary romance, but I’ve been conducting research for a romantic suspense series that I’d like to kick off in the near future. And if I ever get the courage, I’ll tackle a historical romance or two.

Never wanted to be a writer

The thing that tends to surprise people is that I never wanted to be a writer. Although I read a lot and always have, had won a few writing contests in high school, I never aspired to be a writer. But because I was stressed at my previous job, I left and decided to try writing. I had no idea I even needed a creative outlet. More and more story ideas keep coming—more than I can keep up with. I haven’t looked back, and I firmly believe that leaving my job was one of the best decisions I’ve ever made.

As an avid reader, I like discovering new authors to love, particularly if they write about diverse peoples, so another passion of mine is promoting other authors on Romance Novels in Color. I work with some great volunteers and fellow authors, and our reviewers not only love to read but take great care in critiquing the books that we’re sent.

Overall, I’ve been very fortunate. I’m in a profession with some impressive people that I learn from every day by asking questions or observing what they do. My only regret is that I didn’t start sooner! LOL. 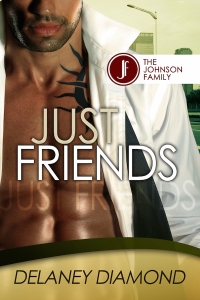 The last book I released was in March, titled Just Friends. It’s a friends-to-lovers story and the third book in my Johnson Family series. The next book I plan to release is the serial novel from my blog, an interracial romance titled Still in Love, about a divorced couple finding love again. In the fall, I’ll release The Rules, the fourth book in the Johnson Family series, and a box set of the Hot Latin Men series to celebrate my fifth anniversary!

Thanks so much for having me, Christina!

I hope you’re having a great start to the month of August. For this month I’ve decided to invite several authors to share their writing journeys. I’m sure you’ve all been curious as to how you’re favorite author finally got to that best seller list. or the most popular question, what drove him or her to begin writing and why on earth they chose the genre they’re in. Well, as a fan of a number of author’s myself, I wanted to find that out too.

So for the next 3 weeks I’m going to try and fill each day with one author’s story. It will include the first book they’ve ever written, first ever published and latest release. I’m going to title these series of posts ‘Authors Tell All’. If you have an author you would like to hear from (not too famous that I have to talk to 10 people just to get to) just comment below. Make sure to share the posts and support your authors.

Each week I’ll add the 5 featured authors below so watch this space! 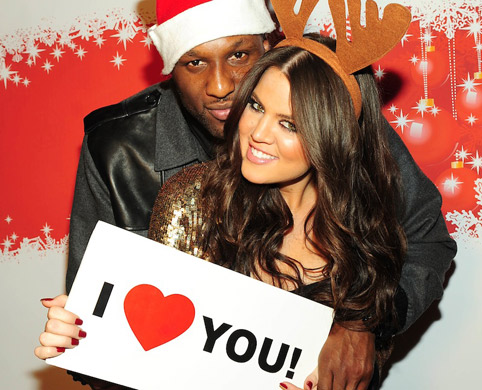 When the tag ‘interracial’ is seen on books, it is assumed that the book is has a black heroine and a white hero, because truthfully, that is the most popular theme and it is rarely the other way round, with a white heroine and a black hero. Another rarity is a black or white lead against a lead that is Asian, Indian, Latin and other races. Examples of such rare books that I’ve read with a Latin/white and Latin/black are the Hot Latin series by Delaney Diamond with a black heroine and Latin hero, M.J. Kane in Butterfly Memoirs with black, white and Latin characters and Star Bright by me with a white hero and a Latin heroine. 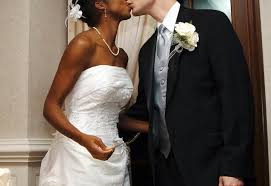 I strive to write books with a whole mix of races because it’s different from the norm and tying your laces the same way every time tends to get boring. And also, I believe it makes them more interesting to the readers because there is more than one culture being explored. In real life, and though interracial relationships have been around for a few decades, people still ask this very popular question, ‘how does your relationship work when you are both so different?’

Yes, we do like to proclaim that we are a racially tolerant world- even though in some places and a few times in our day to day lives racism still exists- the color of our skin is still a gigantic determinant in whether or not a relationship will survive the long hall. ‘How are people going to react to us’, ‘I don’t believe in what you do’, ‘how will our children look like’, ‘what will my family say when I bring a black/white/Asian/Latino guy home’, ‘how long will it take before we face prejudice’.  Then all in all, they begin to feel that love just isn’t enough to keep a biracial couple together.

But just like couples facing financial problems, childlessness, homophobes and sadistic in-laws (yes, we all have that one in-law you would like to ‘forget’ to invite to your Christmas dinner) whatever is holding those couples together- I’m a romantic so I’m going to say love and it is the same thing that will hold biracial couples together. People do need to understand in a relationship, any romantic relationship is to survive, their number one concern should be their partner.

So why do authors like to write IR romance books? One, is because it’s the new fairy tale and people love fairy tales. Second, I think it’s because it is one of numerous ways to say falling in love with someone who isn’t of your race is okay. And why do readers read it? Again, it’s the new fairy tale. And second, I think it’s because they are looking for answers for the questions I pointed out earlier. Great authors bring solid authenticity to their books by bringing in an element of ‘real life’ in their books for those who write fiction and readers feel a familiarity with the book. Those who write non-fiction of IR romances based on their own life become inspirations. Authors end up being ‘therapists’ to their readers, answering questions and helping them sort through their own problems.

Here is an interesting fact, very few readers have heard of IR romance books. And yet the bestselling romance books are IR and of course featuring black women and white men. Which begs the question, why don’t IR authors receive the same attention as authors of other romance?

I have a suggestion for you readers who have never read an interracial romance novel. Pick up an IR book and find out why people love them so much. Spice up your libraries people!

The best place to find the best IR authors and books is Romance Novels In Color . They have the best IR books listed and they also have reviews of a large number of IR books out there in the industry. Let them help you make an informed IR decision.

My books reviewed by Romance Novels in Color: